Als u een project in wilt dienen, vult u het formulier in. 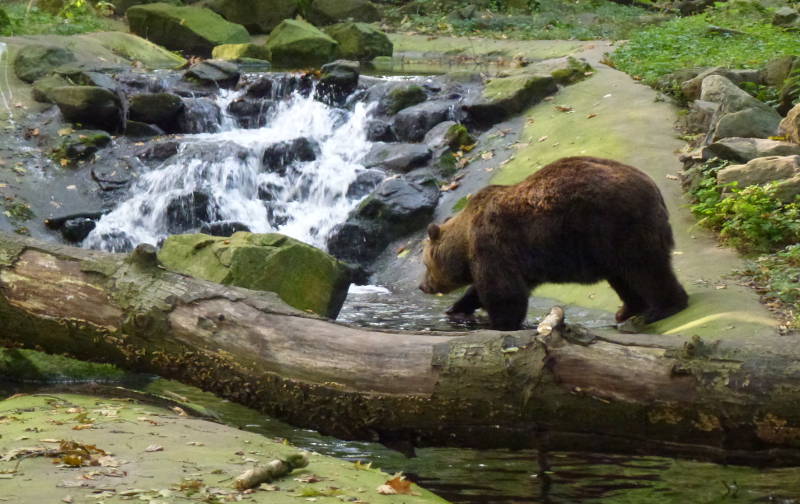 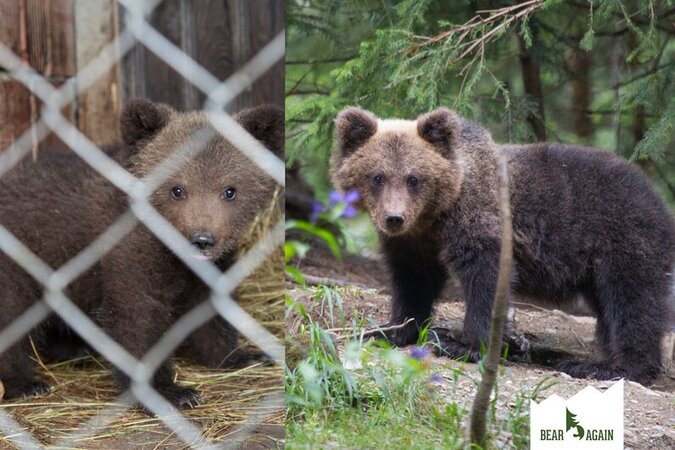 The Orphan Bear Rehabilitation Centre in Romania started in 2004. Bears in Mind has supported the monitoring programme for rehabilitated bear cubs since 2008. Many bears have been released and upon their release fitted with a radiocollar. Radio-tracking these animals is very difficult in the terrain, but data shows the bears have not shown any problem behaviour.

There is much discussion about whether rehabilitated bears are likely to become problem bears. Therefore, data collected in this project is of paramount importance to this discussion. Of course we would prefer to be able to release orphaned bears in the wild again, rather than putting them in captivity for the rest of their lives. However, we must be absolutely certain that the rehabilitation process has no negative impact whatsoever on their natural behaviour.

Results
Between 2008 and 2013 a total of 19 bears have been equipped with GPS/GSM transmitters in order to assess the suitability of rehabilitated bears for reintroduction in the natural habitats. Ten of these bears were reared in the Romanian Rehabilitation Center and nine were wild caught individuals of two behavior categories: (1) wild behaving juveniles and (2) individuals with different degrees of habituation to anthropogenic food sources. The project revealed and proved that reintroduction of the rehabilitated bears into the wild is successful and without any threatening impact on the wild population. The survival rate of the rehabilitated tracked bears was around 50% (it is 55% considering all the rehabilitated bears). This is according with the survival rate of juvenile bears in the literature. One of the most important regulating factors can be considered the infanticide killing by adult male bears. An important threat is poaching.

Monitoring the bears and collar results is still ongoing as every year there are between 15-20 orphaned cubs taken in the rehab center and released as soon as they are ready.

2020 onwards
One of the basics of the rehabilitation technique is keeping the cubs in a system of several enclosures that offer 100% natural habitat. Here the bears can develop their inborn instincts during a 1,5 – 2 years of rehab period. The facilities are surrounded by electrical fences. The electrical fence on one hand keeps the bears inside the facilities and keeps intruder adult male bears or other predators out. The 2020 financial support offered by Bears in Mind has been directed towards improvement of the total electrical system of the Rehab Centre in order to keep the cubs safe, improve data communication and decrease the risk of depredation by males from outside.

One of the most important aspects of the rehab method in the project is not to generate an association between the food source and human presence during the rehab period in the mind of the bears in order to avoid habituation to people. Since 2005 this was achieved labor intensively, observation work and huge time consuming efforts. In the last four years with the introduction of drone technology development, the remote feeding was performed with the help of three drones: a remote controlled bucket was attached to the drone and food was dropped at selected spots. Despite high mobility and relatively easy operation of drones for a skilled pilot, they seem to have a huge disadvantage in the project area: high deterioration risk! All of them crashed or ceased working. Moreover, being weather condition dependant, not very big carrying capacity, high operational skill demand (piloting), high cost.

In 2021 we will help Bear Again develop a cable way transportation system, that will have a much higher transportation capacity than the drones previously used. The system will have a much higher reliability than the drones, costs will be similar or less since maintenance is much lower, it will be silent, not dependent on meteorological conditions and will be operable by anybody who can push a button.